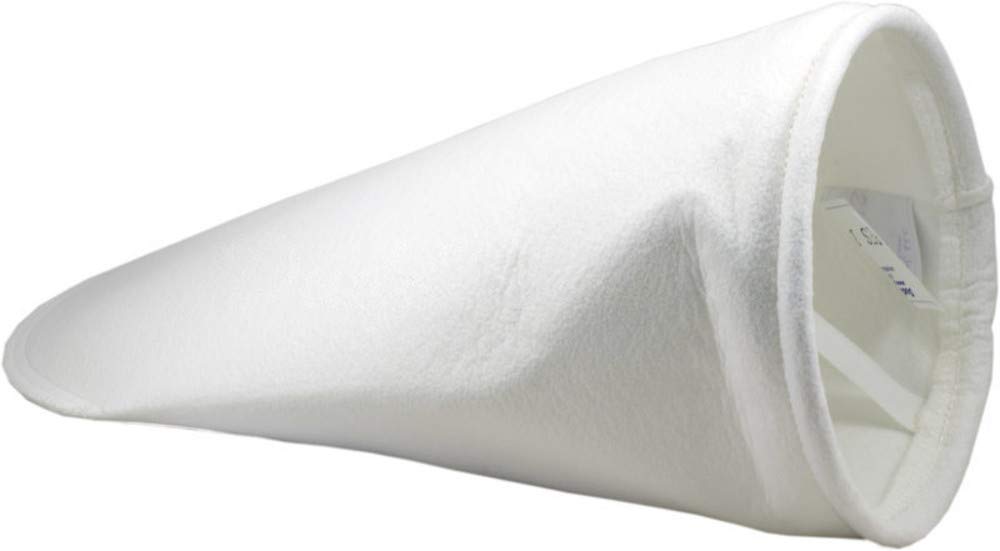 Polyester Felt filter bags (PE) are nominally rated. The fabric is singed to prevent breaking of fibers during filtering. Polyester felt is not as easy to clean as mesh but can still be cleaned. Generally, these bags are meant to be thrown away after they are clogged. Polyester has an excellent rating with water, vegetable oils from animals and plants, petro-oils, organic solvents and micro-organisms. Polyester has a good rating with Alkalis, Organic acids, mineral acids and oxidizing acids.