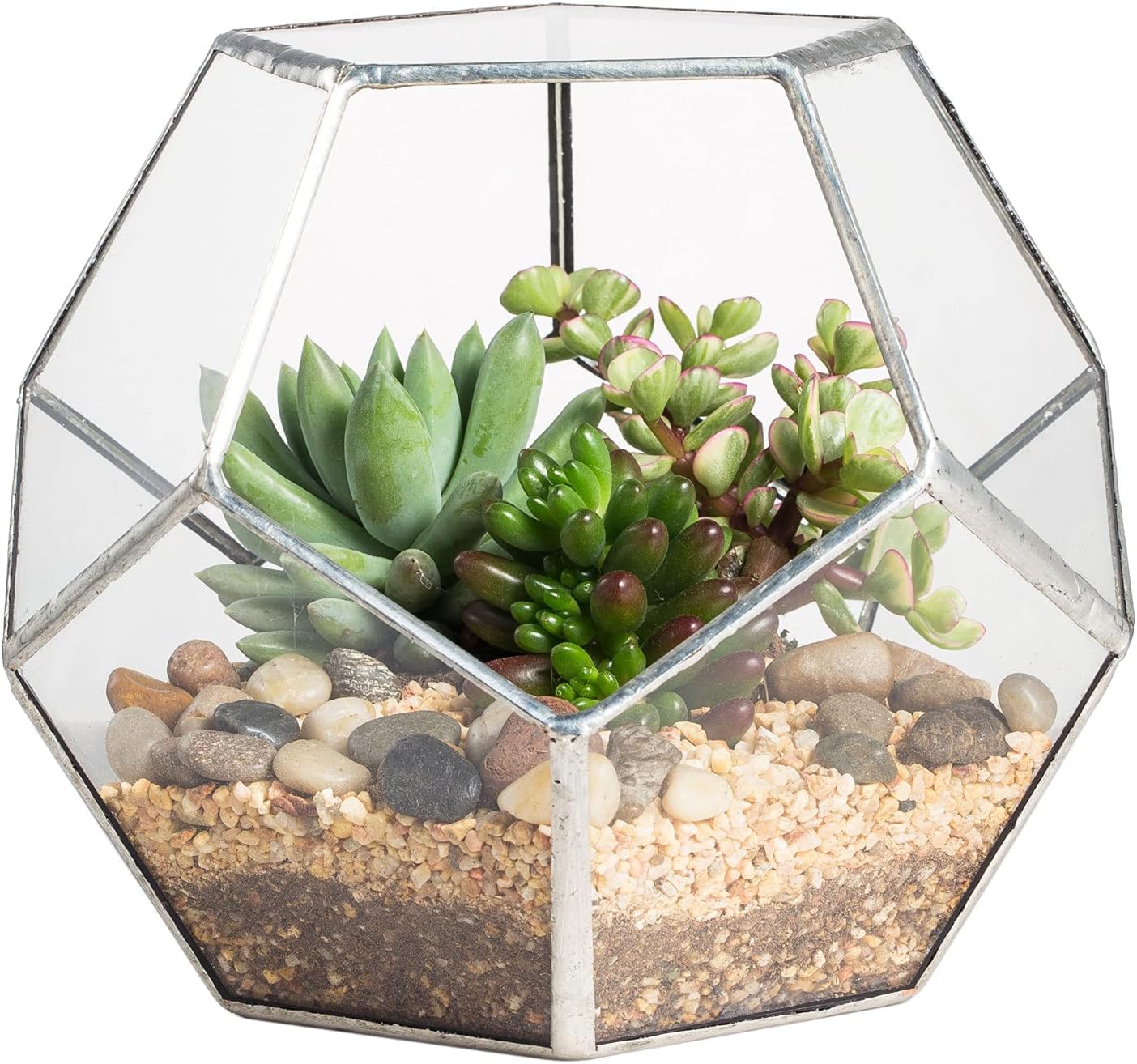 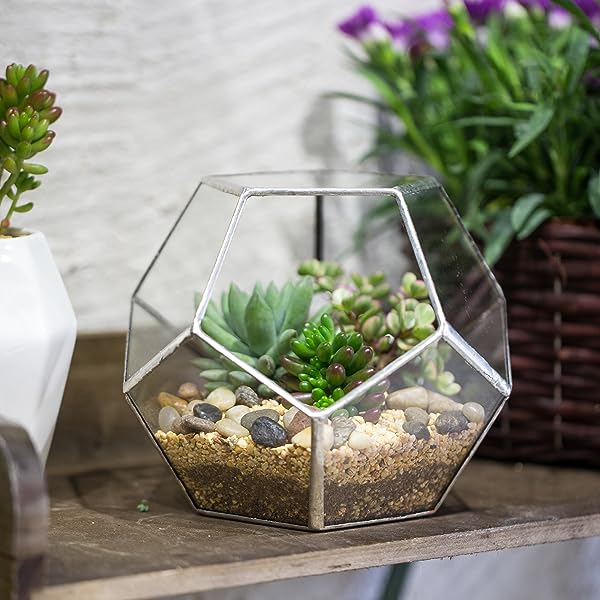 1. Modern style and classic elegance can both be yours when you make this lovely artistic glass cube a part of your home or patio.Â
2. Perfect for adding a touch of eye-catching style to your small potted plants or for showing off a favorite keepsake in a new and stylish way.Â
3. Ideal size for fern, moss, succulent, airplants, cacti or other plants with easy maintainence.Â
4. Ideal for adding visual interest and wonderful as a housewarming or gift.Â
5. Made of ultra clear sodium calcium glass.
6. Easy-to-access opening for placing items inside.Â Please note: Geometric terrarium ONLY, with a decorative owl included.

Plants are NOT included. 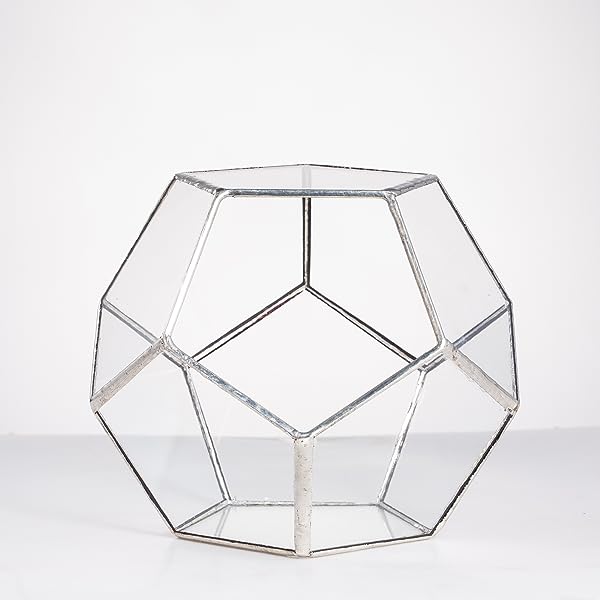 Size: 6.89" width Â X 6.89" length X 5.9" height
This is aÂ regular dodecahedron made of 11 pieces of pentagon glass, each side of the pentagon is 2.5" Â This size is suitable for planting most small, mediaum sized suculents, cacti, and all moss Â
It has one opening Â
It is tin sealed Â
It does not leak, but it is not designed for hydroponic flowerpot